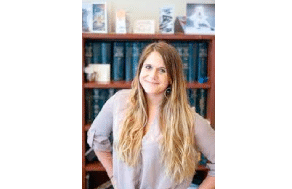 Alaska’s marijuana industry is thriving more than seven years after legalization. But, according to industry experts, federally legalized marijuana could put local growers, manufacturers and pot shops out of business.

This week Alaska’s News Source looks at the impact of the marijuana industry in Alaska since legalization, and reports on who benefits from the taxes, the threats from Outside, the growing concerns about the number of retail shops and the fairness of prison time and convictions from legal versus illegal pot.

“There’s challenges. There’s things that we need to prepare for and there’s some foundational issues I think we’ve got to fix now,” said Jana Weltzin, an attorney in Anchorage who specializes in marijuana.

Weltzin says local mom and pop shops are at risk should large, corporate marijuana businesses from the Lower 48 be allowed to open in Alaska under federally legalized marijuana.

“Unless we do something now to protect licenses, give them a value and protect our state’s industry, you’re going to probably see at least 60% of them gone,” Weltzin said. “Because you have to think about, if we don’t do that, then we just let the competitors just waltz in here, like we’ve done with any other industry. It’s going to demolish small business.”

Currently, there are no limits on licenses that can be granted by the state and a requirement to be locally owned would no longer come into play should pot be legalized across the country.

“If we don’t do something, and the residency restriction goes away — we have an unlimited licensing system — what is to stop these huge Canadian IPO companies from coming in, setting up shop right next to your local marijuana pot shop, and undercutting them for 10 years, operating at a loss because they can and driving you out of business,” Weltzin said. “There is no reason why they wouldn’t do that.”

“I want it not to happen super-fast,” Levinton said. “I want us to get really established so we can actually be like, kind of the craft company in town compared to like a Costco grower coming in and taking over and buying big warehouses.”

Marijuana became legal in Alaska after voters approved a ballot initiative in 2014 that fully legalized marijuana effective February 2015. Alaska was the third state to legalize the drug after Colorado and Washington. In 1975, the Alaska Supreme Court ruled in Ravin v. State that the right to possess, cultivate and consume small amounts of marijuana in the home was protected under the state constitution’s right to privacy.

It’s a complex industry that is young and still evolving.

“That’s really unique in this industry,” said Winston Montecillo, with Enlighten Alaska. “So we grow our own product, we extract it into oils, we manufacture other products with them — so like cookies, capsules, tincture — and we sell them all here.”

Since legalization began, there have been complaints about the tax structure, where shops could be located, the number of licenses issued and the consumer’s habit of buying marijuana with the highest concentration of THC over the quality of the plant. THC is what gives someone a “high.”

Lacy Wilcox, president of the Alaska Marijuana Industry Association, says there is a need for an education campaign that would teach consumers about what makes a good quality product over the impacts of the THC. She compared the goal of finding the highest THC to looking for a drink with the most alcohol.

“It’s not like you walked into a bar and ordered Everclear,” Wilcox said. “You walk into a bar and you order a fine wine or a fine beer. Sure the IPA hunters, they’re looking maybe for the highest content of alcohol per IPA, but they’re still looking at the flavor profile of what they’re drinking.”

She said this trend hurts local growers and means that good quality marijuana is left on the cutting room floor.

There is also the issue of the number of retail shops — especially in Anchorage. In some parts of downtown Anchorage, marijuana shops are stacked beside each other.