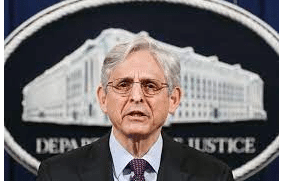 The U.S. attorney general on Tuesday reiterated that he believes it is “not an efficient use” of federal resources to go after people for possessing marijuana. But he declined to directly answer a senator’s question on whether the Justice Department would be reinstating Obama-era enforcement guidance on not interfering with state cannabis programs that was rescinded during the Trump administration.

Attorney General Merrick Garland was pressed on the issue at a Senate Appropriations subcommittee hearing by Sen. Brian Schatz (D-HI), who asked the nation’s top prosecutor whether he intended to reissue guidance encouraging federal prosecutors to use discretion in cannabis cases in states that have legalized.

“I laid this out in my confirmation hearing, and my view hasn’t really changed since then,” Garland replied. “The Justice Department has almost never prosecuted use of marijuana, and it’s not going to be.”

Marijuana prosecutions are “not an efficient use of the resources given the opioid and methamphetamine epidemic that we have,” he said.