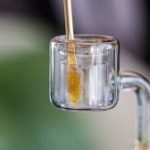 A controversial bill that would have banned high-potency concentrates in Washington state was resoundingly rejected for the 2020 session.

Washington’s well-publicized “10 percent concentrates bill” has been stopped in committee for the 2020 session. HB 2546, “Concerning the Potency of Marijuana Products, would have limited cannabis concentrates in the state at just 10 percent potency for THC. The bill had its first and only hearing last week on January 30.

During the hearing, proponents of the bill expressed concerns about teen psychosis and fetal THC exposure. The bill’s primary sponsor, Rep. Lauren Davis (D), cited stories of teens discovered at school in the “throes of psychosis” after doing dabs and, as Executive Director of the Washington Recovery Alliance, reports from inpatient psychiatric hospital directors that they were seeing teens and young adults with “cannabis psychosis” on a regular basis. Davis referred to various other studies related to cannabis psychosis, concluding with a 2017 National Academy of Medicine meta-analysis on three decades of cannabis data that pointed to a “strong to moderate” connection between cannabis and psychosis.

After a short break, Representatives returned and House Commerce and Gaming Committee Chair Strom Peterson (D) said the bill would not be moving out of the committee, but acknowledged the importance of the conversation. Over the weekend, sources say SB 6332, the Senate companion bill, was pulled due to overwhelming opposition.