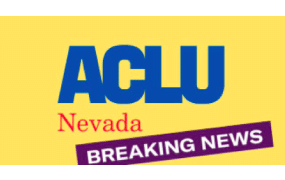 State law — and the will of Nevada voters — is clear that cannabis is legal to possess and use for medicinal and recreational purposes. Yet state agencies, including the Nevada State Board of Pharmacy, continue to list it as a Schedule I substance alongside meth, heroin, and cocaine.

PRESS RELEASE: Instead of treating cannabis like alcohol and removing it from the state’s list of controlled substances, Nevada is ignoring its state Constitution and the will of the people. We're suing. https://t.co/Z1oi7fAbOy

Instead of treating cannabis like alcohol and removing it from the state’s list of controlled substances, Nevada is ignoring its state Constitution and the will of the people. The American Civil Liberties Union of Nevada Foundation on Friday filed a writ with the intent of finally ending the practice. The case, CEIC v. Nevada Board of Pharmacy, was filed in Clark County court.

For cannabis to be classified as a Schedule I substance, the Board of Pharmacy must find that is has no accepted medical use in treatment or it cannot be safely distributed to the public. However, the Nevada Constitution explicitly allows for the “use by a patient, upon the advice of his physician, of a plant of the genus Cannabis for the treatment or alleviation of cancer, glaucoma, acquired immunodeficiency syndrome… or other chronic or debilitating medical conditions”.

The ACLU of Nevada is representing the Cannabis Equity and Inclusion Community, a nonprofit organization focused on civic engagement and policies that will make opportunities real and attainable for communities and people that were disenfranchised by the failed drug war, and an individual who was convicted of felony possession of a controlled substance for possessing marijuana after it was legalized both for medical and recreational uses.

ACLU Of Nevada Gets Blunt: Schedule 1 Listing For Cannabis Is Unconstitutional