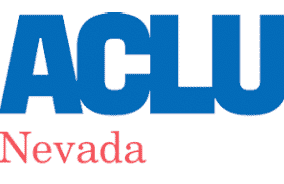 This is what the ACLU in Nevada are saying

Over the last few decades there has been a shift in attitude towards marijuana in American communities and strides have been made to decriminalize marijuana’s use medically and recreationally in many states including Nevada. Unfortunately, the Nevada Board of Pharmacy has failed to amend its schedule of controlled substances to keep pace with the changes in Nevada law; the schedule is now in violation of our state’s constitution and statutes.

In 1998 Nevada voted on the Nevada Medical Marijuana Act, a referendum initiative intended to amend the Nevada Constitution to legalize marijuana for medical use in Nevada. It passed in two consecutive elections, as is required for a constitutional amendment, with resounding majorities. Successful passage of the Nevada Medical Marijuana Act resulted in the addition of Article 4, Section 38, of the Nevada Constitution, which enshrined cannabis’s medical value in our constitution and required that the state legislature pass laws authorizing the distribution and use of marijuana for medical purposes in Nevada.

In 2016, Nevada voted on and passed the Initiative to Regulate and Tax Marijuana, which enacted law permitting the legal possession of marijuana for recreational purposes. The intent behind legalizing recreational use of marijuana was two-fold: 1) cease the diversion of law enforcement resources needed to prevent violent and property crimes to persecuting marijuana offenses; and 2) regulate marijuana in the same manner as alcohol.

Despite the passage of the Nevada Medical Marijuana Act and the Initiative to Regulate and Tax Marijuana, the State, specifically the Nevada State Board of Pharmacy, has failed to take action to comport with the will of Nevada voters, the Nevada Constitution, and Nevada Revised Statutes. Instead of removing marijuana, cannabis, and cannabis derivatives from NAC 453.510’s list of controlled substances, the Board has continued to regulate them as Schedule I substances, a category reserved for substances that have no medical purpose and cannot be safely distributed such as methamphetamine, heroin, and cocaine. This failure to amend Nevada’s Schedule of Controlled Substances is necessarily a constitutional and statutory violation that can only be remedied by removing marijuana, cannabis, and cannabis derivatives from the list of Schedule I substances