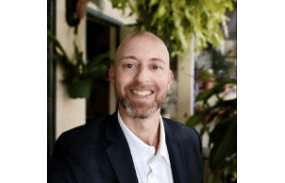 Christopher Wimmer served as in-house vice president of legal at Agrify Corporation, where he provided legal advice on all aspects of this publicly traded cannabis cultivation and extraction equipment company. Wimmer has 17 years of diverse experience as an attorney, and he has been in the cannabis industry for four years – two of which he has spent as in-house legal counsel – assisting in acquisitions, partnerships, wholesale purchases, IP licensing, HR matters and litigation. Also, from 2019 to 2020 Wimmer was a pro bono attorney for social equity cannabis businesses, providing free legal information to employees and customers. Wimmer is licensed to practice in California and is a member of the bars of the Supreme Court of the United States, U.S. Courts of Appeal for the Second and Ninth Circuits, and the U.S. District Courts for the Northern and Eastern Districts of California and Eastern District of New York. Wimmer is a U.C. Berkeley and Columbia Law School graduate and former clerk to Hon. Jack B. Weinstein.