The CannTrust story may have shocked the uninitiated, but it hit almost every bogeyman the legitimizing industry has both feared and suffered from, particularly of late.

Here, generally, is the issue. Especially in Europe (even more especially in places like Germany, the UK and other emerging markets), budding cannapreneurs need each other. A distributor in Germany, for example, cannot get their final (federal) licenses allowing them to do business without establishing a relationship with an existing producer. That producer also needs relationships with established distributors to get their licenses.

In a fraught world, where all parties are evolving rapidly (and this also includes the “Big Boys” from Canada and several U.S. states including California), supply chain logistics, and even contract agreements if not licensing beyond that requires a level of honesty, integrity and transparency the industry, largely has not achieved yet.

That said, there are also parties, if not individuals and companies determined to set themselves on the straight and narrow – and play by the emerging “rules” – and then there are also clearly companies which, well, do not.

Being out of compliance, at any step of the chain, including when your product is sold via government agencies, is already a recipe for disaster.What this brave new world of cannabis requires, however, and from everyone – from grower, to manufacturer, packager, distributor and service delivery – is that all ecosystem partners must be in compliance.

Ensuring that can be a full time job. But what it also means is that to have a fully compliant product, every party in the chain bears responsibility for upholding standards that so far have proved hard to reach for many.

The time has come, in other words, where that is no longer an option.

The First Step Is Certification… 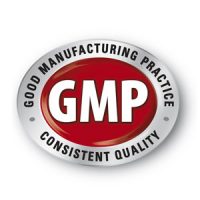 In a world where every member of the diverse cannabis ecosystem requires certification, determining what, and from whom is the first hurdle – both for buyer and seller. If one has GMP-certified product, that is awesome. But there are also treaties in the room that only allow some GMP certifications to be considered equal to others. If you are in Lesotho right now, for example, far from Europe, your biggest concern is not just looking to the EU but figuring out a way to export your crop into your neighbouring (and surrounding) country – namely South Africa.

This example, while seemingly far away, in fact, is the biggest bugbear in determining who can sell to whom even within Europe (let alone countries just outside and far beyond the region).

Determining cert presence, if not validity, however, is only the tip of the iceberg. And depending on who you are, that path alone is not a one time dalliance with authorities, but multiple certifications that must all also be kept current.

But It is Not The Only One…

The second hurdle, of course, is also checking the verity of everyone you do business with. For a producer, this includes making sure that processing, packaging, and even transportation are in compliance. In Canada, of course, this has been short circuited by the ability of producers to ship directly to patients.

In Europe, however, this is far from the case. And that is also why the entire conversation is also getting not only much more granular, but expensive. Pharmaceutical regulations are actually what guide the rules of the road here. 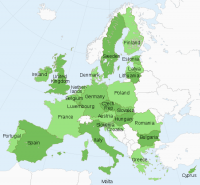 Walking floors, and checking, in person, may or not be mandated by international treaties at this point. However, most of the young producers on the ground here are implementing policies of personal visits to their vendors. In Massachusetts of late, this is also on the drawing board. Albeit on a “state” level, the reality is that both federal, state and more local training is a watchword, if not a must, now on the roadmap.

Being out of compliance, at any step of the chain, including when your product is sold via government agencies, is already a recipe for disaster.

And while that obviously is a challenge, companies must step up to the plate internally to commit to the same. It is too dangerous to ignore such steps. Including the easy to reach ones, like staff background checks and decent cybersecurity safeguards. The former has blown several enterprising cannadudes out of the driver’s seat already in Europe over the last few years. The latter is an emerging threat in a region that is also home to GDPR regulation (and growing fines).

For that very reason, certainly on the ground in Germany if not across Europe and in those countries and companies that wish to supply the same, supply chain verification, that is constant, consistent and verifiable, is the path for the industry both as of now and in the immediate future.