Marijuana is legal in some form in 33 states plus Washington, D.C., but pot-related penalties still abound for those who are students, employees, businesses and public housing residents. Even in places like California where people are unequivocally allowed under state law to buy, sell and consume the drug for recreational purposes, those living in subsidized public housing or who use Section 8 vouchers face eviction if they test positive for the drug – even if they are prescribed it for medical reasons. 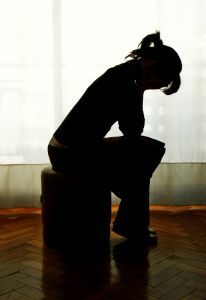 Housing authority officials cite the conflict between state and federal law, saying they jeopardize their access to much-needed federal dollars if they allow a Schedule I narcotic to be used in taxpayer-funded housing or by those receiving assistance. However, what our Los Angeles marijuana lawyers see is yet another example of double standards when it comes to marijuana law and regulation enforcement – with people of color in low-income communities facing particular adverse consequences. Coincidentally, this is the same population disproportionately impacted by the failed, decades-long War on Drugs.

Officials with the Department of U.S. Housing and Urban Development (HUD) have said they do want “sensible” regulation that might legally permit medical marijuana use by public housing tenants, but so far there is no concrete proposal on the table.

This issue has arisen in numerous states. Illinois, for instance, after the end of this year will join the growing list of states to allow recreational marijuana use, possession and sales – but public housing tenants will face homelessness if they partake. This was made clear, the Associated Press reported, when managers of Section 8 housing sent notice to tenants underscoring that federal law bars the use and possession of marijuana in housing subsidized by federal dollars.

In effect, the drug is being legalized, but we’re only allowing certain groups to benefit from it – even though many states (California included) have built in special provisions within regulation to to reverse the effect of years of racial disparity on this front.

As our Los Angeles marijuana eviction attorneys can explain, it’s not just the U.S. Controlled Substances Act, either. State housing authority officials point to the 1998 Quality Housing and Work Responsibility Act. This measure expressly prohibits any facility that takes in federal dollars from allowing marijuana use. There are is also a provision of federal housing law that specifically gives both public housing authorities and landlords the right to evict any tenants who use marijuana, regardless of the reason. Anyone convicted of a marijuana-related offense is prohibited from obtaining federally-funded housing too. And while the U.S. Department of Justice had suggested in 2013 memo that there would be some enforcement latitude, former U.S. Attorney General Jeff Sessions rescinded that memo last year.

So no matter what the state-level laws, the legal rights of public housing tenants to use marijuana for any reason are sketchy at best.

As it stands, there hasn’t been a flood of cases challenging these laws, but that most likely has to do with the fact that tenants don’t have the means to pursue legal action, don’t have access to information on how to pursue such action if they wanted to and the risk of losing a roof over their heads is enough to muzzle any loud discontent. That doesn’t mean these measures aren’t having an impact on a substantial number of people.

Among the recent cases reported by local media outlets:

A U.S. Representative from Washington, D.C. has introduced a bill that would allow medical marijuana usage in states where the drug is legal for that purpose, but it has yet to gain significant traction.

The existing HUD policy on marijuana use is one-strike – meaning one-strike, and you’re out. This has put hundreds of seniors and those with disabilities at risk for homelessness – and even criminal charges.

If you are facing eviction for marijuana use in Southern California, our experienced marijuana lawyers can help.