The City of Pasadena sued itself over a controversial cannabis ballot initiative – and won. The result is a judge has ordered the county to remove the proposed measure from the city ballot in the upcoming March election. Had the initiative passed, it would have legalized some 18 cannabis businesses operating without in the city without permits. 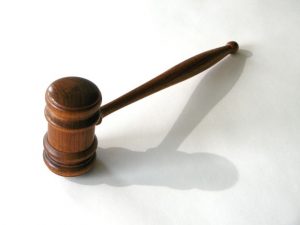 Not only would those stores have been legalized, but they wouldn’t be subjected to the same set of stringent rules laid forth in the city’s permitting process. The rules for pot shop permitting in Pasadena are so strict, in fact, that it only allows four-to-six retailers to operate in the city at a given time.

The measure had been signed by more than 9,000 residents, so the city clerk had no choice but to add it to the ballot. The city didn’t blame the clerk or other city employees for the proposed measure; they did what the law compelled them to do. But in order to remove it from the ballot, an attorney for the city explained there was no choice but to sue its own clerk as well as the county’s registrar of voters. Neither the clerk nor the city were defending the initiative; that was left to another lawyer who represented the interests of those backing it. Only a judge could determine whether a ballot initiative is unlawful in advance of such a vote. The city sought an expedient ruling, as a decision was needed by Christmas Eve in order to ensure the measure could be removed from the spring ballot.

The judge ruled the ballot initiative unconstitutional, citing the different rules to which the newly-legal pot shops would be subjected. In fact, the judge had written a tentative ruling even before the hearing. After listening to arguments from both sides, she reaffirmed that judgment, the Pasadena News Star reported. She noted that for these shops to be imbued with special privileges or advantages is specifically prohibited by state statute. The purpose of that provision, the judge noted, is to bar individuals from using a ballot initiative in a way that would carve out a special and unfair advantage.

Attorneys for the city had argued this point, and also that it was not proper to use the process of a ballot initiative to make administrative changes, which include permit issuance. The process is instead intended for legislative changes or adjustments to existing law. To exempt these marijuana business retailers from the city’s process for permitting was to assert an administrative alteration, despite appearing on its face to be legislative in nature.

Attorneys for the marijuana retailers argued the ballot initiative was instead more like grandfathering in the city’s existing stores, which had been in place years before the city passed a measure allowing outside cannabis retailers to set up shop but prohibited any that already existed from applying. Further, the cannabis retailer attorneys argued it was unlawful for the city to circumvent the people’s will.

The attorney for the city, however, argued there is no legal doctrine that grants illegal use entities the right to be grandfathered in.

The city had weighed the possibility of a counter ballot measure had they not received a favorable ruling.

Our Los Angeles marijuana business attorneys know that while city officials are pleased with this outcome, it’s entirely possible another ballot initiative could be introduced, albeit perhaps one not so broad in scope.