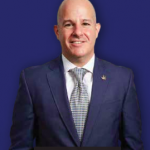 The New Jersey state Department of Health must halt its review of nearly 150 applicants to operate new medical marijuana businesses after denying some licenses due to a technical application issue.

A two-judge panel granted the a motion for a stay in the review process Monday, after attorney Joshua Bauchner filed on behalf of five groups last week. He has said a glitch that rendered the Health Department unable to open all the file attachments with their applications may have affected as many as two dozen rejected applicants.

“It’s a big win,” Bauchner said. “We’re very pleased that the court is staying issuance of the licenses pending our appeal in the hopes that it will allow for a merit-based review, so the best applicants are awarded licenses to serve the patient population.”

He will now begin working on an appeal and is awaiting an order from the court. If a court rules in his favor upon appeal, Bauchner’s clients could resubmit their applications for review.

More than 190 groups applied in this year’s round seeking 24 medicinal marijuana licenses, but the Health Department disqualified 51 early on for reasons ranging from corrupted files to lack of local approval, lack of site control and the non-payment of fees.

Some have worried the litigation will only tie up the process, leaving patients stuck with limited access to medical marijuana. But Bauchner noted the Health Department could itself decide to go back to his clients and ask them to resubmit their applications for review, moving the process faster.

“That would short circuit the whole process in the best way possible,” he said.

Only seven dispensaries — one of which has a second location — serve the more than 60,000 patients enrolled in the program, leading to limited supply, long waits for patients and higher prices than other states. Five more dispensaries licensed in 2018 are expected to open, but have not acquired all of their permits or announced timelines to do so.

Jeff Brown, the assistant commissioner of the Health Department who oversees the medical marijuana program, declined to comment on pending litigation.