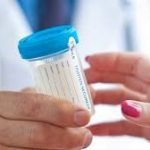 Just a quick reminder of legislation signed into law mid 2019 by the state’s governor and came into effect as state law 1.1.2020

LAS VEGAS (KSNV) reports — Nevada is now the first state that bans most employers from utilizing pre-employment drug tests for marijuana as a hiring practice.

“That really opens up their job pool and allows for that much more normalization in this state, and you’re going to see many other states, too, following through with very similar legislation,” cannabis consultant Jason Sturtsman said.

“Anybody over the age of 21 can possess or purchase cannabis. They should not be failing a drug test for Cannabis as a condition of employment,” Sturtsman said. “If somebody wants to enjoy Cannabis at home, in the comfort of their home, it is completely legal in the State of Nevada. They should not be excluded from a job.”

However, attorney Jeffrey Gronich, who deals with employment law on a routine basis, explained this doesn’t mean employers can’t have a drug policy that includes marijuana use.

“The law still allows for employers to have a drug policy, including for marijuana,” he said. “As far as the law says right now, they can still do random drug testing. So, it doesn’t prevent you – once you have the job – it doesn’t mean all’s free and clear. You can still be terminated for showing up to work under the influence.”

As this is uncharted territory, both Sturtsman and Gronich agree there will be some hiccups and roadblocks as the law becomes standard practice.

“There’s a lot of businesses that will probably be asking their attorneys really needing some guidance,” Sturtsman said.

“A lot of employers up to now, they have had policies where, its just, we are going to drug test you pre-employment, that’s just what we do,” Gronich said.

There are a few exceptions to the law. It doesn’t include firefighters, EMTs, or people who have to drive for a living.