This article was published in collaboration with AlterNet and originally appeared here.

In a series of votes yesterday, the House voted to end the DEA’s controversial bulk data collection program and also passed three amendments cutting funding from the DEA and shifting it to other federal law enforcement priorities. In more votes today, it approved three amendments aimed at blocking DEA and Justice Department interference with industrial hemp, CBD cannabis oil, and medical marijuana in states where they are legal. A fourth amendment that would have barred interference in legal marijuana states was narrowly defeated.

The votes came as the House considers the FY 2016 Commerce, Justice, and Science Appropriations bill.

“Congress dealt a major blow to the DEA by ending their invasive and offensive bulk data collection programs and by cutting their budget, said Bill Piper, director of national affairs for the Drug Policy Alliance. “The more the DEA ignores commonsense drug policy, the more they will see their agency’s power and budget come under deeper scrutiny.”

But the most far-reaching amendment, which would have barred federal interference in states where marijuana is legal for either medical or general purposes, failed on a vote of 206-222. It was sponsored by Reps. Tom McClintock (R-CA), Jared Polis (D-CO), Earl Blumenauer (D-OR), Don Young (R-AK), Barbara Lee (D-CA), and Dana Rohrabacher (R-CA). 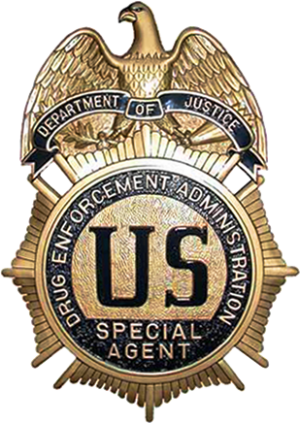 “Votes in support of rolling back the federal government’s war on medical marijuana are beginning to become routine. Last year, passing this amendment was unprecedented. This year, it was predictable. Medical marijuana has gone from ‘controversial’ to ‘conventional’ on Capitol Hill,” said Dan Riffle, director of federal policy for the Marijuana Policy Project.

But this is just the start, Riffle said.

“This is an important amendment because it addresses the tension between state and federal marijuana law,” he noted. “We welcome it as a temporary fix, but what we really need is a comprehensive and more permanent solution. It’s time for Congress to pass legislation that ends prohibition at the federal level and allows states to determine their own marijuana policies.”

Tom Angell of Marijuana Majority was singing the same tune.

“Now that the House has gone on record with strong bipartisan votes for two years in a row to oppose using federal funds to interfere with state medical marijuana laws, it’s time for Congress to take up comprehensive legislation to actually change federal law,” he said. “That’s what a growing majority of Americans wants, and these votes show that lawmakers are on board as well. Congress clearly wants to stop the Justice Department from spending money to impose failed marijuana prohibition policies onto states, so there’s absolutely no reason those policies themselves should remain on the law books any longer.”

“There’s unprecedented support on both sides of the aisle for ending the federal war on marijuana and letting states set their own drug policies based on science, compassion, health, and human rights,” said DPA’s Piper.

Despite the narrow failure of that last amendment, the votes are just the latest indicator of rising congressional dissatisfaction with the scandal-plagued agency. Former Administrator Michele Leonhart was forced to resign earlier this year after a disastrous performance before congressional overseers over the agency’s latest scandal, which involved DEA agents using taxpayer (and sometimes, drug baron) funds to consort with prostitutes in Colombia.

But the agency’s problems with Congress go deeper than mere scandals — of which there are plenty — and reflect rising congressional concern that the DEA is not only ineffective, but downright obstinate, especially when it comes to marijuana policy. Leonhart herself epitomized the culture problem in the DEA when she was unable to bring herself to admit to Congress last year that marijuana is less dangerous than heroin.

The House has now shown it isn’t very keen on the DEA’s mass surveillance programs, either. Knowledge of their extent first appeared with a Reuters expose in 2013 that outlined collaboration between the DEA, NSA, CIA and other agencies to spy on Americans in the name of the drug war, including the creation of false investigative trails to disguise the fact they were getting information from secret surveillance programs. Then, this April, USA Today reported that the DEA and Justice Department have been keeping secret records of billions of international phone calls made by Americans for decades. The program, the first known US effort to gather bulk data on citizens, regardless of whether or not they were suspected of committing a crime, was the precursor of the post-9/11 spying programs.

“The DEA built the modern surveillance state,” said Piper. “From spying on Americans to busting into people’s homes the DEA doesn’t fit in well in a free society and the time is now to reverse these harms.”

DPA recently released a new report, The Scandal-Ridden DEA: Everything You Need to Know. The report and a comprehensive set of background resources about the campaign to rein in the DEA are available at www.drugpolicy.org/DEA.

“The DEA is a large, expensive, scandal-prone bureaucracy that has failed to reduce drug-related problems,” said Piper. “There’s a bipartisan consensus that drug use should be treated as a health issue instead of a criminal justice issue; with states legalizing marijuana and adopting other drug policy reforms it is time to ask if the agency is even needed anymore.”