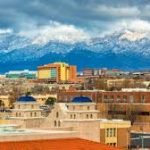 If you are looking for a quick overview of where we are January 2020 this is as good a starting point as any for an overall understanding. New Mexico is the first state in the country to allow medical use of cannabis in some form. The state allowed cannabis use through the Controlled Substances Therapeutic Research Act in 1978

New Mexico passed a bill in 1923 to ban cannabis. The state banned growing, importing, and selling of cannabis. In addition to marijuana, the ban also applies hemp products. This bill did not face any opposition. A convict’s declaration gave way to this bill as he said he can get marijuana anytime if he had one dollar.

New Mexico started allowing cannabis for medical use for research purposes in 1978. The Controlled Substances Therapeutic Research Act is a nationally approved bill that allowed cannabis use. However, the required cannabis was provided only by the National Institute on Drug Abuse. As a cancer patient, New Mexico resident Lynn Pierson found cannabis useful and appealed to the state government to allow him to use cannabis.

The bill received good support and passed in the Senate and the House. In addition to this, it required federal approval. However, the approval was received only after Lynn Pierson’s death. The state stocked cannabis products a couple of months after getting the federal government’s approval. Through the Lynn Pierson Therapeutic Research Program, around 250 cancer patients were able to use cannabis or THC products.

After Lynn Pierson Therapeutic Research Program in 1978, Governor Gary Johnson advocated for allowing cannabis in 1999. He believed the dangers associated with cannabis products were exaggerated. However, his statements received strong backlash from many officials and Republicans.

New Mexico legalized medical cannabis in 2007 by approving the Lynn and Erin Compassionate Use Act. The bill allowed patients to use medical cannabis products for qualifying medical conditions with a doctor’s prescription.

Also, the state approved a House bill to allow recreational marijuana. However, it was stalled in the senate and will be in the legislative agenda 2020. In 2019, Governor Lujan Grisham approved a bill to decriminalize possessing cannabis up to a half-ounce.

Governor Bill Richardson signed the Lynn and Erin Compassionate Use Act to allow the medical use of cannabis in April 2007. The bill allowed possession and use of cannabis with a doctor’s prescription for the qualifying conditions. The bill received 53% of the vote in the House.

Further, the bill received 91% of the vote in the Senate. This made New Mexico the 12th state to legalize medical marijuana. The act started with only a few qualifying conditions. However, it expanded over time.

Patients with any of the above qualifying conditions can apply for a medical marijuana card. However, the form has to be filled out by the patient as well as the health practitioner.  The patient submits the original paperwork with a copy of valid identity proof, such as a driver’s license.

Also, any of the authorized medical practitioners in New Mexico can sign the certificate in the application. While meeting a practitioner, the patient should bring the whole application with previous records of the medical condition.

The state of New Mexico has over 50 dispensaries that are operational. To get medical cannabis, patients need to present their medical marijuana card and ID proof. Patients are allowed to buy up to 8 ounces of medical marijuana for a period of three months.

However, if the patient falls below the federal poverty line, this fee may be waived. The patients can have up to four mature plants with flowers and 12 seedlings once he gets the approval.

New Mexico Governor Michelle Lynn Lujan Grisham approved a bill to decriminalize possession of recreational marijuana in April 2019. Under this bill, first-time possession of marijuana up to half-ounce will be considered a simple misdemeanor offense. As a result, This offense will face a penalty of just $50.

Also, the bill decriminalized possessing paraphernalia. This makes New Mexico the first state to do do. The bill received a 68% vote in the House and 79% vote in the Senate. This decriminalization law came in to effect on July 1, 2019.

Reforms in the major cities include:

Last year, Governor Grisham formed a team to determine the best way to legalize recreational cannabis in 2020. The group has over 20 members from different backgrounds, such as secretaries, lawmakers, officials, and other medical marijuana experts. Grisham formed the “Cannabis Legalization Working Group” in June 2019.

She wants to make sure that the next legislative session had a strong proposal. Also, she wants the proposal to be credible. The proposal adheres to all public safety needs and regulations in the offices. In addition to this, the proposal protects children from using it illegally.

New Mexico passed a House bill in 2019 to allow recreational marijuana. Grisham was the one to initiate it. Also, the bill got 51.4% of the vote in the House. However, the Senate stalled the bill. The state lawmakers will most likely add the bill in this year’s legislative session. The fate of this bill depends solely on the support for the bill in the Senate.