Cook with weed! Find free recipes on this website, or buy the book for the best collection of holiday pot recipes around.

Looking for the best medical marijuana cookbook? The Kindle version of High Holidaze by Cannabis Kitchen is now live and teaches you to cook cannabis recipes better than the dispensaries!

Written by Cali Mist and Gary Indiana, this Holiday Cookbook teaches you how to medicate with marijuana like a true Cannabis Chef! Learn how to cook with medical marijuana with the best pot recipes.

The best looking ebook of it’s kind, See full color marijuana recipes and learn to cook with pot. High Holidaze by Cannabis Kitchen is full of stunning full color photographs or leaves, buds and marijuana cooking. This is no regular ebook! This is a marijuana cookbook by a pot chef that will have you high & highly medicated!

Get $5 off the print version when it comes out if you own the ebook!

This weed recipe is in Cannabis Kitchen, High Holidaze and many more!

There are lots of fantastic marijuana recipes out there, but which are the best? It’s hard to know which recipes even work with the abundance of misinformation out there on what works when you are cooking with weed and what doesn’t get the put the pot in the pot. So when dining on delicious weed butter or baking some bud filled brownies come and consult this list of the very best weed filled marijuana recipes around.

Start out with some Infused Banana Kush Cannabis Milk!

By the author of the Ganja Kitchen Revolution Jessica Calantino for Banana Kush CannaMilk, this is a great recipe because the kief is infused directly into the food you will be consuming, which means no messy extractions to mess with before getting down to culinary ecstasy!

It’s just a basic recipe for Cannabis Butter, we think our recipe is much better but here is an alternative that isn’t on our own website. This is the basic standard for making cannabis butter, but if you would like you can find a step by step how to make cannabis butter video on youtube

This is a INSANE recipe from the user submitted website Stoner Cookbook. This recipe has a LOT of kief, so don’t be scared to make it with a little less if you don’t want to be crazy stoned! If you dare click here to make some awesome Marijuana infused Pot Hot Chocolate. If you are afraid of this recipe or only making it for a few people you can use as little as 1/4-1/2 gram of kief. Also try using bubble hash instead of kief, but make sure you know it is BUBBLE hash and not the butane kind, as butane is toxic..

We prefer recipes that don’t use cannabis butter or oil because you can incorporate those ingredients into almost any recipe, but this Pot Butter Infused Cupcake Recipe with the use of sour cream and chocolate was just way too delicious not to include.

Then over to a site of my own, Cannabis Kitchen for the all too awesome Cannabis Recipe Strawberry Kiwi Stoner Shortcakes. 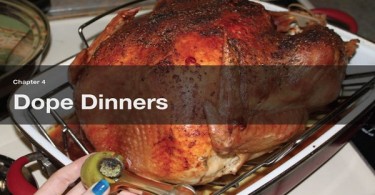 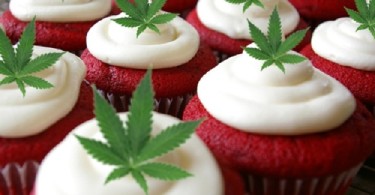 The Best Marijuana Recipes May 2nd, 2014, Marijuana Chef There are lots of fantastic marijuana...view more 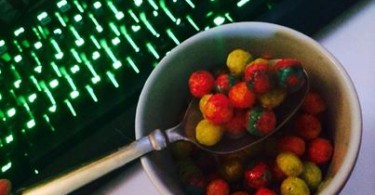