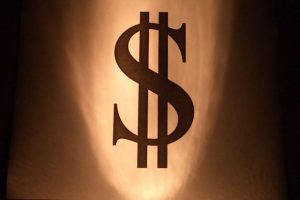 In the nation’s first ever vote on a stand-alone marijuana bill, the House of Representatives voted to allow federally insured banks to serve cannabis businesses in states like California, where marijuana use is legal.

First introduced by Rep. Ed Perlmutter, D-Colorado, the Secure And Fair Enforcement (SAFE) Banking Act simply states that deposit insurance cannot be cut off by federal authorities, nor can “any other adverse action” be taken against a financial institution for working with cannabis businesses in states and territories where marijuana use is permitted.

A great number of Democrats from Southern California were among the 206 co-sponsors of the bill, as was GOP Rep. Duncan Hunter of San Diego. Rep. Katie Porter, D-Irvine, also introduced an amendment making it clear that new banks and credit unions would be protected by the bill too.

If you need help doing business with a cannabis dispensary, our Orange County marijuana business attorneys can assist you in navigating this tricky legal terrain.

While the SAFE Banking Act still faces opposition from civil rights advocates and cannabis challengers alike, the September outcome is an encouraging first step for business owners trying to grow their marijuana operations.

Those in favor of the vote believe the proposed cannabis banking law will:

Even though federal law still considers marijuana use illegal, the legislation passed in the Democrat-controlled chamber, 321-103.

Now the Republican-controlled Senate will deliberate over the SAFE Banking Act, where amendments may be made. Then it is unclear whether President Donald Trump will support the version of the bill that reaches him for final sign off.

To help appease the more conservative GOP senators, Democrats added provisions to help get the bill over the line. Backers of the bill also hope the increasing public support for legalized marijuana could also influence positions of senators now seeking 2020 re-elections.

The reason so many are so committed to seeing this bill pass though, is a real need exists for banking within the cannabis industry. That’s because while most marijuana business owners report having limited access to banking systems, so long as major banks sit on the sidelines, pot business owners cannot accept customer credit cards or fulfill electronic transactions, which essentially results in “cash-only” run businesses.

From there, two problems quickly arise: (1) operating solely in cash makes dispensaries immediate targets for crimes like robbery, and (2) cash only business make tax collection a lot more difficult.  Another layer here, is that the cash-only nature of cannabis businesses also makes the industry ripe for money laundering, which ironically is the reason big banks were hesitant to do business with pot companies in the first place.

As cannabis entrepreneurs have little available to them in the way of traditional business loans, it is especially difficult for entrepreneurs to borrow capital to grow a business. On that note alone, the growth of the industry is somewhat reliant on establishing marijuana banking legislation that give banks the assurances they need that it is safe from them to extend their services to cannabis operations.

All of the issues limited banking opportunities pose for cannabis based businesses, can be overcome if the SAFE Banking Act becomes law. But the key question is, will financial institutions actually take advantage of the new law, assuming it is passed. If not, and if banks continue to keep their distance, will California policymakers then pursue state solutions in the next upcoming legislative session? Either way, the industry will continue watching intently.

With little or no access to mainstream banking services, all but a few marijuana businesses have...view more